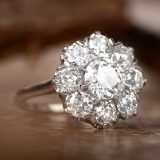 What Is The Difference Between Engagement Ring And Promise Ring 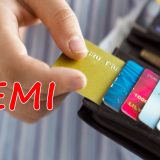 Avail your favourite Laptops on EMI without credit card 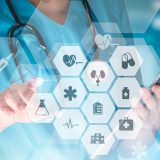 Does The Healthcare Sector Need Management IT Services? Check Here!

Asbestos is a naturally occurring material that had been used extensively in the construction industry, until the start of the 1970s, when it suddenly became apparent that asbestos causes terrible lung diseases such as lung cancer and asbestosis. After World War II, Australia, along with many other nations, was left with an acute housing shortage, and asbestos sheeting was a favourite material, due to its low cost and better than average resistance to fire, and even today, there are still thought to be many buildings that contain harmful asbestos.

In the early 1980s, asbestos was banned for use in Australia, yet there were already many thousands of structures that contained this dangerous material, and any building that was built before 1973 could easily contain asbestos. There have already been thousands of properties where asbestos has been removed and it is estimated that there are thousands more older properties in Australia that still contain asbestos.

There are still many old warehouses and factories that contain asbestos, and if you even suspect that your industrial premises might be one of those, search online for asbestos removal in Perth and let the experts test for the presence of this harmful substance. In the event testing shows that asbestos is present, the asbestos removal experts can safely remove the material and take it away.

Any building constructed prior to 1973 could contain asbestos, yet if the material is left undisturbed, it is quite harmless. It is only when the material is handled that minute slivers can become airborne, and if they are inhaled, this could be the onset of respiratory problems in later life. One of the problems with asbestos is it can lay dormant within the lungs for many years before the person develops any symptoms, and any person in the same room when a sheet of asbestos material is removed would be in a dangerous environment.

Leave it to Qualified Personnel

Such are the risks when removing asbestos, you should never attempt to do this yourself, rather call in a specialist company that employs qualified asbestos removal technicians, who have both the know-how and equipment to safely remove asbestos from any environment. The experts who remove asbestos wear special protective clothing and breathing equipment to ensure they do not inhale any of the tiny slivers of the fibres, and once they have finished their work, your home is safe to use.

These are the places that you are most likely to encounter asbestos, and if the sheet crumbles, this is also an indication that harmful asbestos is present. Partitions behind boilers and stoves are very likely places to find asbestos sheeting, and even a small piece can cause harm if it is disturbed, which is why you should never take any chances with this harmful substance.

There will come a day, sometime in the future, when we can safely say that there are no buildings that contain asbestos and the country can be declared asbestos-free, although this will take a few more years.